Looking forward to sharing my pictures and stories of the unique creatures I have seen in the Puget Sound, Hood Canal and around Canada. 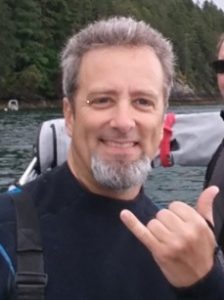 When: Thursday, October 5th, at 7pm

David is a PADI divemaster and PNW diver and photographer.  Certified in 1983, he did some diving but was reinvigorated in 2009 with a dive trip to Hawaii.  Since then, he has dove several warm water locations including Fiji, Philippines, Australia, Belize and Palau. In addition, he frequently dives sites along the Hood Canal and in the Puget Sound on weekends.  He not only has an interest in photographing what he sees under water, but also identification as well.